I Don’t Believe In God. Can I Still Get Sober? 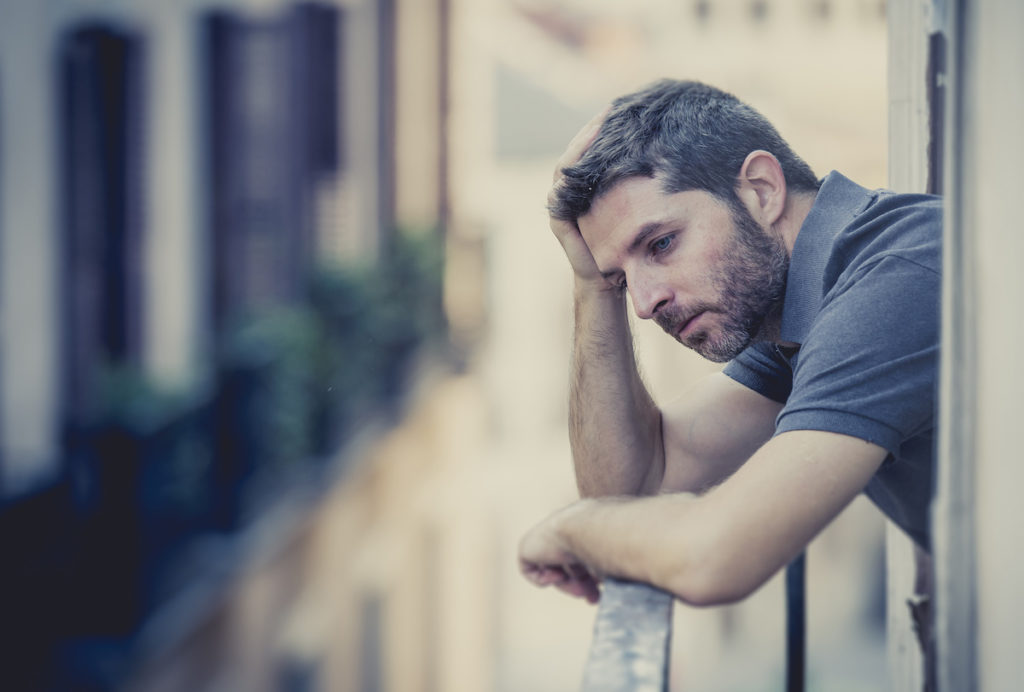 I Don’t Believe In God. Can I Still Get Sober?

— Jim claims to be a staunch atheist who believes people are naive and will buy into anything that makes them feel better about life and death. Jim says God is like Santa Claus, a nice idea, but not real. In Jim’s opinion, if you can’t see it, touch it, taste it or smell it, it doesn’t exist. Jim has always been a cup half empty kind of guy and struggles to see the brighter side of life. He also struggles with an addiction to alcohol and opioids. Jim recently lost his job, his wife left him a year ago and he says his world is bottoming out. He knows he needs help, but says that people insist he can’t get clean and sober if he doesn’t believe in God. While he believes that God shouldn’t have anything to do with his ability to get clean and sober, he admits that he’s not really sure. Jim has attended a few meetings in the past but when he hears the word ‘God,’ he gets up and leaves the room. When Jim was young he and his family went to church every Sunday. He attended Sunday school and Bible class. Jim says his mother and father were very religious and quoted the Bible often. His father’s favorite quote was: ‘spare the rod, spoil the child.’ However, Jim’s father was also an alcoholic. When Jim behaved badly, his father told him he would go to hell. In Jim’s mind, he was already there because growing up in his home was already difficult. [lorelie-callout] Jim vowed he’d never be like his parents. He moved out of their home after graduation and never went back. At first, Jim stayed away from alcohol and opted for smoking marijuana instead. He never viewed weed as a drug. To him, it was an herb with medicinal purposes. It soothed his anxiety and calmed him down. When he turned 18, alcohol entered Jim’s life. At first, it wasn’t a problem.  Now, at the age of 35, he can’t go a day without it. Jim’s life took a turn for the worse five years ago when he was involved in a car accident and suffered a disc herniation in his spine. He was put on opioid pain medication and told to get plenty of bed rest. While on pain medication, Jim’s back didn’t hurt at all. Due to this, he continued to function as he had before the accident and aggravated the injury to his back. This resulted in more pain and the need for more pain medication at a higher dose. However, after losing his job, Jim’s health insurance ran out. When he couldn’t afford to pay for prescription medication anymore, he bought heroin off the street. Jim’s life experience and altered mindset have created the perfect storm for addiction, a disease that feeds on pain, isolation and loneliness. Jim hates who he has become and what is life is now. To negate his pain, he uses drugs and alcohol and has adopted an attitude of sarcasm and not caring. Underneath his prickly exterior, Jim cares very much. Without professional help, the likelihood of Jim achieving sobriety is slim. Even if he were able to abstain from alcohol and drugs, his pre-existing condition would still be there. He would be a dry-drunk- meaning he would still act, think and feel the same as he did before. Without the numbing buffer of substances to cope, Jim would be living in misery 24/7. If Jim is to succeed in achieving sobriety and wellness, he will need to delve deeper into himself. He must get vulnerable and acknowledge his pain. Jim will need to learn new coping skills to address his negative attitude and dishonest thinking. This will require him to look back into his childhood – with a safe, supportive professional at his side – and embrace the hurt little boy he once was. While Jim doesn’t have to believe in God to recover from addiction, he needs to believe in something. Jim’s best coping skills have gotten him to this point in his life. If he is to succeed in sobriety, he must be willing to open up and ask for help. He will need to take risks and build new experiences with healthy and safe people. People who don’t judge him or belittle him but say, “me too.” [bottom-inline-cta] Had Jim stayed at AA, he would have found his people and learned that God is a word that can mean many things. For some, God is simply a concept of faith, love and connection. The exact opposite of what addiction is. Getting clean and sober is not about accepting and embracing a strict or punishing God. It’s more about embracing spirituality, honesty, community and hard work. Spirituality encompasses a sense of connection to something bigger than ourselves, and it typically involves a search for meaning in life. As such, it is a universal human experience—something that deeply touches us all. I have much in common with Jim. 20 years ago, I was a skeptic. Then I went to treatment and everything changed. Today, I’m a believer. Whether you believe in God or not, you need professional people at your side to achieve your ultimate goal of abstinence and a happy, healthy life. If you or someone you know needs help, please call this confidential support line for assistance. 888-601-8693.