Why Does My Son Keep Relapsing? 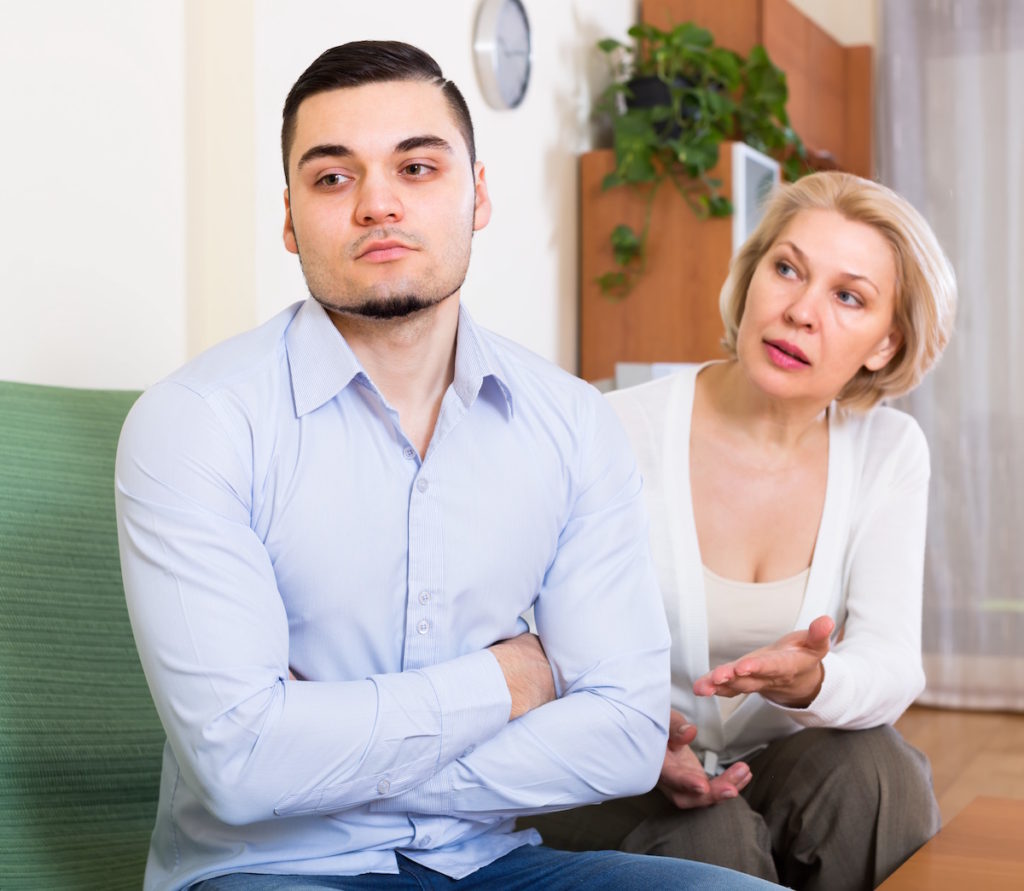 Lorelie Rozzano is a guest blogger for Vertava Health. Have you ever heard your addicted loved one say, the only one I’m hurting is me. You may have wanted to scream, are you kidding?! The truth is, they’re not. That’s why it’s important to have outside help. When you love someone struggling with addiction, it hurts. You will feel overwhelmed, angry, frustrated, worried and stressed out, all at the same time. These intense emotions may cause you to act out in ways that aren’t helpful. Yelling, screaming, pleading, threatening and swearing, or controlling, enabling and other unhealthy behaviors, are part of the family disease. So is guilt, for behaving in such a manner. And then after guilt? You guessed it. Enabling. And so the cycle continues. A person outside this relationship can help you look at things in a different light. [inline_cta_one] For instance, when your loved one tells you they’re not hurting anyone but themselves, what that really is – is a clue to how sick and delusional they’ve become. It’s not a personal attack on you. It’s a symptom of their illness. Just recently a woman named Bree (not her real name) contacted me stating her 23-year-old son had relapsed again. Bree wanted to know why her son, who had been to multiple rehab facilities and completed them, could stay clean and sober in treatment but when he came home, relapsed. Bree’s son first started smoking marijuana in his teens and now at the age of 23 was addicted to heroin.  Bree claims her son doesn’t like being an addict, but noted he had a pattern. First, he would exhaust all resources to get high. Then he would feel desperate. Next came rehab. Excels in rehab. Completes rehab. Comes home from rehab. Does well for a week and goes back out again. Bree says her son seemed to relapse when he felt good about himself. I asked Bree if her son attended meetings or aftercare when he got home. Did he do drug testing? Recovery coaching? Did he work? What did he do all day long? Bree acknowledged her son did attend a few meetings but wasn’t comfortable asking a stranger to be his sponsor. (Keep in mind he would get drugs from a stranger.) Bree also mentioned her son didn’t work. He slept most of the day due to being up late playing video games. I asked Bree why her son didn’t work. Her response to my question was this; he needed to focus on his recovery – which he obviously wasn’t doing. When you work in a treatment center, you see young men and woman like Bree’s child regularly. After multiple rehab centers, they have the treatment lingo down to a tee. They appear to be a counselor’s dream. They’re even described as “junior counselor.” While this might seem like a good thing, it’s not. They don’t act out. They say all the right things. They’re people pleasers. They like to be leaders and mentor their peers with the vast knowledge they’ve accumulated along the way. Many repeaters shine in treatment. They’re popular and other young people emulate them. But the problem is, they’re so focused on looking good, they don’t get real. Helping others distracts them from dealing with their own problems. Let’s face it. It’s a whole lot easier to focus on other people’s problems than it is to look in the mirror. When you’ve been through multiple rehab centers you tend to think you know something. Convincing repeat patients otherwise is difficult. The disease of addiction is progressive in nature. Each time a repeat patient goes back to treatment, they are sicker than they were the time before. If treatment repeaters really knew something, they wouldn’t keep coming back. Bree’s son was just 14 when he first started smoking marijuana. Because he used weed to cope socially, he stopped growing emotionally, cognitively and behaviourally. Although his physical age was 23, he was very immature. He had no life skills. He barely made it through high school. He never held a job more than a few weeks. Everything he needed was supplied by his parents. While Bree’s son was in rehab he was being held accountable. There were many eyes on him, watching and encouraging him to do the right thing. Bree’s son was on his best behavior in rehab. But with Bree, it was a different story. Bree and her son have a codependent relationship. Bree’s son wasn’t the only one who needed to make changes. Bree needed to change, also. Although Bree didn’t know it, she was part of her son’s problem. Bree was a good mother but she had a hard time saying no and seeing her son as a grown man. She made a lot of excuses for him. Bree over-functioned in their relationship, enabling her son to remain in the role of a dependent child. If Bree’s son continued to live in his growing up home after rehab, his chances of staying sober were slim. In order for Bree’s son to succeed once he completes rehab, he will need long term support in a sober housing community. On his own, he will feel overwhelmed by all the necessary tasks and revert back to his old behaviors. If Bree attends a family program for her codependent behaviors she will learn that saying no and setting healthy boundaries play a crucial role, when recovering from addiction. She and her son can go forward in a healthy relationship that isn’t based on a parent/child role, but one of respect and equal footing. If you or someone you love needs help, please call this confidential support line for assistance 888-601-8693.