The Dangers of Snorting Vyvanse 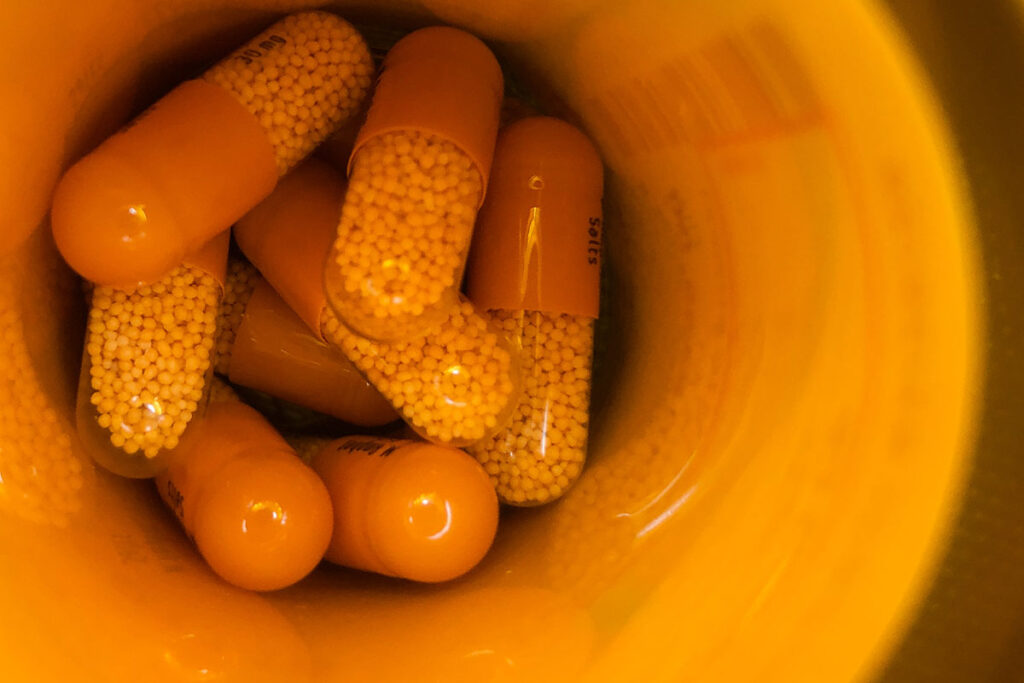 When someone takes a medication in a way other than prescribed, such as snorting Vyvanse, they subject their body and brain to various dangers and potential health risks. While some health risks may be mild or slightly uncomfortable, others can be dangerous, even life-threatening. Vyvanse, the brand name for lisdexamfetamine (LDX), can be habit-forming when a person takes a larger-than-recommended dose. It can also be dangerous if the person takes it more frequently than prescribed or in a different manner than the doctor specified.

Snorting Vyvanse can be dangerous, even for individuals who take the medication for a legitimate medical purpose. Taking too much Vyvanse can cause the drug to no longer be effective at controlling the symptoms of the conditions it treats, such as attention-deficit/hyperactivity disorder (ADHD) and specific eating disorders. Get help for abusing prescription medications today.

Why Do People Snort Vyvanse?

Some people believe that Vyvanse is like other ADHD medications and can be used for a range of reasons, such as:

Although many college students have labeled ADHD medications as smart drugs, they do not make someone smarter.

Research has shown that extended use of drugs, such as Vyvanse, can cause the deterioration of specific brain cells thought to be related to memory and thought processing.

Why Snorting Vyvanse Is Different From Snorting Other Stimulants

Vyvanse is a prodrug stimulant, which means that it will remain inactive in the human body until the body metabolizes it and breaks it down. Then, it can interact with the receptors in the central nervous system. Once enzymes released by the digestive tract chemically modify Vyvanse, it is converted to dextroamphetamine, a highly potent stimulant, and l-lysine, a naturally occurring amino acid. Then, it releases the medication into the bloodstream.

Because Vyvanse must alter chemically for it to have any effect, it has a delayed onset of effects compared to other stimulants, making its use potential considerably lower. However, some individuals may still try to use Vyvanse by crushing the pill and mixing it into a solution with water or other liquids to snort or inject it.

One study found that individuals who practice Vyvanse insufflation experienced the effects of the drug at the same rate as oral consumption. Both nasal and oral administration delays the effects of Vyvanse. Therefore, the only way to increase the intensity of the drug’s effects is to take an excessively large dose, which significantly increases the risks of adverse side effects.

Potential Side Effects of Snorting Vyvanse

Vyvanse consumption can cause many different side effects, increasing in number and severity the longer you use the drug. For instance, the side effects of Vyvanse use can include:

Some people also experience a loss of appetite, which can lead to weight loss.

Severe Side Effects of Vyvanse Insufflation

In more severe cases of Vyvanse use, individuals may also experience side effects such as:

Over time, Vyvanse insufflation can lead to serious heart problems, such as stroke or heart attack. It can also lead to sudden death.

When someone insufflates (snorts) Vyvanse, they increase the risk of these side effects. In addition to the effects of the drug, snorting Vyvanse powder through the nose can cause significant damage to the lining of the nostrils, otherwise known as the mucous membrane. It can also damage the nasal passageways. Continued snorting may lead to loss of sense of smell and deterioration of the soft palate.

Can Snorting Vyvanse Cause an Overdose?

Abusing Vyvanse in any way, including snorting the drug, can lead to overdose. Vyvanse overdose is just as likely to occur whether someone has used the drug once or several times.

The prodrug nature of Vyvanse can increase someone’s chance of overdose. If a person snorts the drug believing that they will feel its effects more quickly but then experiences the delayed onset. This occurs because it was not able to break down into its active chemical components, they may take more of the drug. Increasing the amount of Vyvanse taken at one time can cause there to be too much of the drug in the body for it to process. This can result in a toxic reaction, also known as overdose.

Possible signs of Vyvanse overdose include:

We never recommend that someone who has regularly used Vyvanse suddenly stop taking the medication. Quitting drug use without warning can lead to the onset of acute withdrawal. Vyvanse withdrawal symptoms are most commonly opposite of the drug’s effects and may include feelings of fatigue, depression, and anxiety.

Signs of Vyvanse Use and Addiction

When someone begins to use Vyvanse regularly, their typical behaviors can noticeably change. It is essential to know the signs that could indicate someone is abusing a substance such as Vyvanse. The sooner these behaviors are addressed, the easier they typically are to manage.

Common signs of stimulant use and drug-seeking behaviors include:

If you’ve noticed any of these behavioral patterns in yourself or a loved one, it may be time to ask for help. Avoiding and ignoring these signs of use will allow them to increase. As the symptoms get stronger, the person abusing the substance falls further into the addiction cycle, making it more difficult to break and more dangerous.

Treatment for Vyvanse Use and Addiction

Effective drug use treatment should be a slow and steady process that takes the whole person, body, mind, and spirit into account. Every part of the recovery process is vital to instill a new way of life.

The Vyvanse use and addiction treatment programs at Vertava Health work to provide individuals with the life skills and tools they will need to help them better understand themselves and their addictive behaviors.

Our inpatient addiction treatment programs offer a safe place to develop healthy habits and useful coping skills so individuals can create a strong foundation for a successful and substance-free life.

If you or someone you love is struggling with a Vyvanse use disorder and need help getting your life back on track, contact Vertava Health today. Our team of experts will work with you to create a personalized recovery plan that best fits your needs and goals. With the right treatment and support, you can overcome addiction and build a life you love. We offer a range of treatment options, including:

Whether you’re struggling with Vyvanse addiction or you’re concerned about a loved one, we can help. Reach out today at 888.601.8693 to learn more about our treatment programs.