Have You Ever Wondered What Your Life Might Look Like If You Gave Up Drugs And Alcohol? 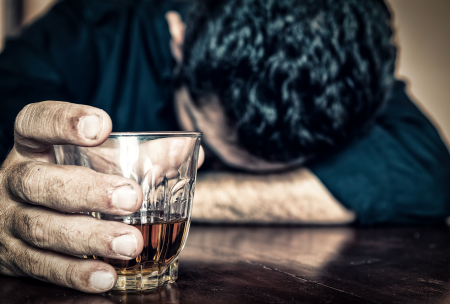 Lorelie Rozzano is a guest blogger for Vertava Health. Have you ever wondered what your life might look like if you gave up drugs and/or alcohol? My husband did, and I can tell you. When I first met Dave he was bent over a pool table with a cigarette hanging out of his mouth. He squinted down the table, yelled ‘bank’ and shot. The ball careened off the side wall and landed in the corner pocket. He spun on his heels, grinned at me and then drained his beer. It was love at first sight. The two of us hooked up right away. Looking back, that was the first clue. Folks, who struggle with addiction, are impulsive. They don’t wait for the things they want; they don’t work for them, either. We lived in a realm of magical thinking, that wasn’t based in reality. Dave and I had four children between us. Mine were just old enough, to babysit his. He was a good Dad. He loved his kids. He provided a roof over their heads, food in the fridge, and clothes on their back. But he seldom went, without a beer in his hand. Blended families are difficult. Blended/alcoholic families are painful. Our home was a disaster. It was tense, dramatic and chaotic, all at the same time. The grin on Dave’s face faded, to be replaced with a scowl. The carefree man I fell in love with, became an angry, rager. We didn’t talk in our home. We yelled. Magical thinking doesn’t hold up in the harsh light of day. He blamed his behaviour on me, on his boss, on my kids… And I was just as bad. Even if you don’t drink – which I did plenty of – I realize now, that to stay in relationship with someone struggling with addiction, you become equally, as sick. Some say sicker. Addiction and happy homes never go in the same sentence. Our home became a battleground. Alcoholic families don’t have the ability to communicate. We’d yell and fight and our kids watched it all. We’d have moments of peace, but they were few and far between. Dave was a hard worker. He worked in construction. These boys work hard, and play, harder. He talked about owning his own company one day. But it never seemed possible. His truck was old. He could barely make ends meet and a large portion of what he made – went into feeding his habit. He tells me now, he was ashamed. He’d compare himself to other guys. They had stuff. He didn’t. He said he felt like a loser. His words, not mine. Then he said something that surprised me. He asked me, “Do you know what losers do? They don’t deal with their problems. Instead, they go to the bar and play the big shot. They buy drinks for all their friends. For just a few glorious moments, all is well. Then, they go home with empty pockets.” Dave entered rehab in June of 97 and he never looked back. All his dreams came true. More even. He said he never would have dreamed this big. Since getting clean, he’s coached his son’s little league team. He donated time and money to build a clubhouse for the soccer teams in our community. He was there for his father and then his mother, when they lost their battle to cancer. He’s a great father to our children. He bought a house and a boat. He even got his motorcycle. He got a dog. We got married. He pays his bills – on time. He started a new company. He loves getting up and going to work every day. Today he employees up to twelve men, many of them, sober. He has steady work, and is a good provider. But more importantly, his grin is back. He doesn’t need to go to the bar and play the big shot, anymore. He is a big shot, at least to me and in our home and too many others, too. It used to be about how many drinks he could buy for people. Or how much money he had in his wallet. He says when you don’t feel good about you; you try and impress other people. Unfortunately those people are usually friends and co-workers. They’re not your family. Today he’s not out to impress anyone. The need to impress others goes away, when you live with integrity. Dave tells me being a man struggling with addiction, is a terrible thing. He says you don’t feel like a man, at all. You feel like a boy. He says he finally learnt how to ‘man up’ and it’s not what you think. His life and the lives of his family, changed for the good, that Friday the13th in June of 1997. It was on this day; he walked through the doors of an alcohol addiction treatment center and took responsibility for his illness. If you or someone you know needs help, please call this confidential support line for assistance. 888-601-8693.